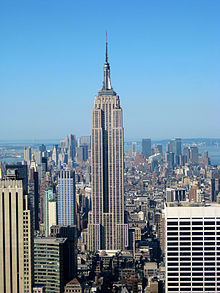 A few years ago, I shared the news about the  birth of my first granddaughter on my website.  One reader wrote to me and said I had to move to Florida, that I could not live a thousand miles away from a grandchild. Well…okay.  Maybe I agreed in spirit, but practical reasons prevailed then. Now, however, I know she was right!  Nothing beats living near family. So, for the fourth time in my married life, I’m starting over in a new home. Which might sound like a royal pain in the neck to many of you.

I grew up in the Empire state, in New York City, with aunts, uncles, and cousins nearby. For those of you who might imagine New York to be only a hustle and bustle place, let me assure you that family neighborhoods thrived. My childhood was secure in Jackson Heights, Queens, with many friends and real everyday people living in apartment houses, attached row houses or single family homes.

As a young married woman, I moved north to the Bay state, to a place called Worcester. I had never heard of the town and was very nervous about relocating and leaving my familiar territory. So Mike and I made weekend trips every month or six weeks back to the city to visit everyone. Both sets of parents visited us as well.  Grandchildren are such a draw! Worcester, Massachusetts became a place on the map for all of us. It took just a little time for us to settle in very well.

When our sons were in college, Mike and I headed to the Lone Star state because of a new job. Was I thrilled about moving?  No. We’d become very comfortable in Worcester and didn’t want to leave our friends behind. Who wanted to start over again? But, we did..Whether by plane or car, we headed back up north regularly. Every time LaGuardia airport came into sight, my heart raced with excitement. And two years ago, we started over in the Sunshine state.

I’ve actually loved living in all four places – New York, Massachusetts, Texas, and Florida – and feel lucky to have tasted life in various sections of this beautiful country. What can beat genuine Texas B-B-Q or the casual lifestyle? “Hey, y’all. How’re doing?” Texas Friendly is what I call it.  And what can be more breath-taking than the blazing autumn foliage of New England, or more fun than apple picking time? I scarfed up the clam chowder and lobster whenever they were on sale.

The time it took to transition from tourist to resident, adapting to the culture of each region, became shorter with each move. But no amount of regional delights could erase my New Yawk beginnings.

It seems to me that ‘starting over’ is NOT a problem that interrupts your life. It’s simply part of the  long adventure that IS your life. Whether it’s a new home, or a new husband, I think starting over enriches the journey. While my New York roots remain strong, and I will always reach for a second cup of cawfee, a glass of Florida orange juice tastes very sweet, too. .

I’ve set several of my stories in New England and Texas. Oddly enough, The Soldier and the Rose, a WWII love story, was the only book I’ve written that took place in New York City. Are there any native New Yorkers out there reading this blog? How about visitors to my hometown? Or is New York the last place on earth you’d go?

DRAWING!  Post a comment and you’ll be entered into a drawing for a copy of Family Interrupted. Winner chosen tonight!  Will post winner’s name on Thursday.

I post a new blog every Tuesday and Thursday.  Hope to see you for the next episode of Starting Over.

5 thoughts on “Starting Over ~ and Over and Over…”