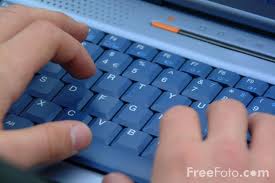 OBSERVATIONS FROM AN INDIE AUTHOR AFTER ONE YEAR

If your timing was right and you were lucky enough to ride the wave of independent publishing a year or two ago, you’re probably gung-ho about this new world of publishing. Riding the wave meant:

1) you had a backlist to promote,

2) you were adept or quickly learned to be adept at social media,

3) you understood how to promote on book selling sites and blogs and had the shekels for paid ads you deemed necessary,

4) you had a nice handful of other authors at your side to support each others’ efforts by cross-promoting,

5) you believed in yourself enough to shell out some additional bucks for editing and cover design services,

6) you had enough money left over for technological services for uploading and distributing books to all the big electronic book stores,  OR

I am here to tell you that Items 2-9 on this list are the gravy items. Without Item 1 – the backlist – don’t count on your career sky rocketing. Not even if you are a multi-published author who’s won awards. Not when your books are still owned by a traditional house. Without appreciable on-line content for sale–content that’s in your control—significant income or any income is a long shot.

Everything’s an experiment during the first year of going indie. Assuming you have a nice backlist but sales are slow, you can change covers, promote at different sites, ride the freeway or offer big “deals,” such as 99 cents permanently for a book. If one idea doesn’t work, just try another. Sooner or later, you’ll hit the right note.  Proof will be with your income.

Most author friends have told me that during their first year as indie publishers, they worked exclusively with their backlists and didn’t write any new work. Getting those older books up and out is hard work that consumes your time. But it must be done. Think of it as the building block to your new work.

For the author without a backlist, like moi, that first year is a whirlwind of trying and learning. While you’re writing new books, you’re also trying to have an Internet presence: Facebook, Twitter, Blogging – Tribrr, Goodreads.  The goal is “getting your name out there.” I’ve heard that phrase so much, I say it in my sleep.  So I spent eight months writing two blogs a week with pictures, and posting them on my website. I loved writing them, and my readership grew from about 450 to 2000. Little did I realize, however, that maintaining that pace sapped my energy and creativity for writing new books. I didn’t expect to earn anything with my blog—I was “getting my name out!”

I’d written thirteen books in the romance genre before my indie adventure. The rights are still held by my traditional publisher, so I started fresh. Different. I wanted to stretch my writing chops, so I wrote a women’s fiction novel called Family Interrupted. Put it on sale in April 2013. It received wonderful reviews from both professional reviewers and readers.  I promoted it, even gave it a blog tour.  The money I’ve earned so far could perhaps cover the cost of a steak dinner. One dinner. One time.

In October, I released a work of non-fiction.  A memoir of surviving two bouts of breast cancer called Hopefully Ever After. Again, the reviews were terrific, but sales so far…not so good. Maybe a chicken dinner.

Also in October I participated in an anthology with four other authors. Romance stories celebrating holidays around the year.  Price: 99 cents. I’m not counting on steak here either.

My current work-in-progress is a romance – the first book of a new series. I guess my writing chops were stretched enough. At least for this year.

Lesson learned:   Have the patience of Job, and give readers what they want.

As always when writing a blog, essay, or opinion piece, I speak only for myself. These observations are my own. I based them on my true life experiences. I didn’t conduct any surveys – scientific or otherwise. I have a broad-based network of author friends who share stories. I read blogs written by others in the industry, and try to keep up with what I need to know. Will I ever know enough?  Will you?

This new wave of publishing is still an industry in flux. I don’t see it settling down yet. There are times I feel I’m running on empty. At other times, I can’t wait for a new day to begin. One thing I know for sure – I’m never bored.

As always, thanks so much for stopping by. I look forward to seeing you for the next edition of Starting Over.

P.S.  Shh-h…here’s a little secret I’m sharing with you first. Hopefully Ever After will be only 99 cents next week, from Monday-Saturday at all ebook stores.  Regular price is $5.99.  Make a note and enjoy. Happy holidays! 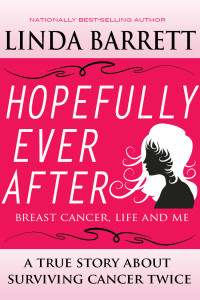 I’m very proud of the reviews and comments I’ve received about Family Interrupted. This novel is excellent for book clubs. In fact, the conversation lasted over an hour at my own book group. Hope you’ll pick up a copy. 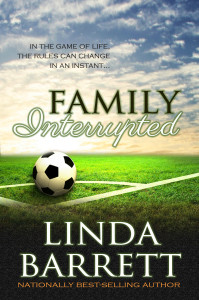 11 thoughts on “Starting Over ~ Riding the Wave or Not”